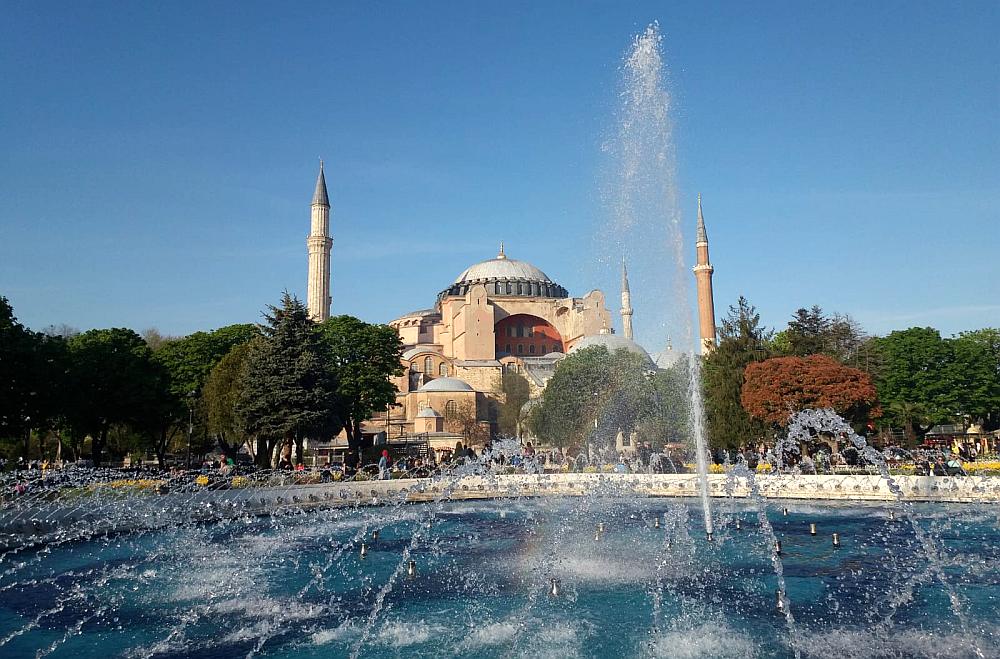 Imagine an architectural masterpiece that dates back to the 6th century which has been used first as a church, then a mosque and finally a museum. It’s become one of the leading artistic and architectural monuments in the world therefore attracting not only the tourists but also the historians, the architects, the artists and the archaeologists. Hagia Sophia plays an important role in the world of art due to its architecture, magnificence, grandness and functionality.

What is so fascinating about Hagia Sophia’s architecture? The transformation of the monument in years can be considered as unique in the world.

It was transformed, developed, affected by the historical, political and religious changes of the area where it is located from the 6th century till today. When it was built, today’s Istanbul was Constantinople then, which was the capital of the Byzantine Empire.

The purpose of the building was to worship and it has carried on its purpose for hundreds of years, first by the Christians then by the Muslims. It was built as a Cathedral reflecting Christian architectural features but then after the conquest of the Ottoman Emperor Fatih Sultan Mehmed it was turned to a mosque by adding Islamic features like minaret, a chandelier, mihrab and a minbar without destroying the features of the Christian church.

Not touching the Christian features of the monument and adding Islamic features make this monument a unique architectural masterpiece.