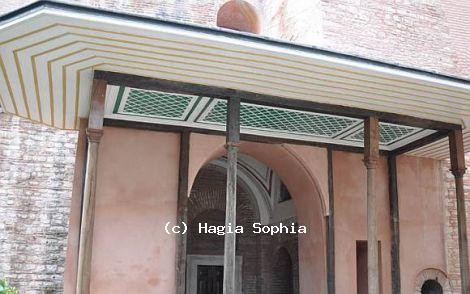 The structure which is known as the tomb of Sultan Mustafa I and Sultan Ibrahim I was the former baptistery of the basilica and was one of the major annex structures of Hagia Sophia complex. It is covered with a rimless dome and has an octagonal internal layout. Before converted in to a tomb, structure had been used as a storage room for lamp oil for a while in Ottoman period.